The Bassa Via del Garda (Low Garda Trail) is one of the most spectacular and complete long-distance trails that can be found around Lake Garda. It is almost one hundred kilometers long, divided into five stages, and it was traced in the late Nineties.

The path connects the villages of Salò and Limone, linking the coast to the network of small roads and secondary paths that are located all over the mountains.

The Bassa Via del Garda is also a unique opportunity to visit fascinating places such as the Colle di San Bartolomeo over Salò, the Valle delle Cartiere near Toscolano, the hermitage of San Valentino in Gargnano, the visitor center of Parco a Prabione in Tignale, the Sanctuary of Montecastello, the gorge carved by the Brasa stream in Tremosine, and the Singol valley leading to Limone.

In April, the path is the location of a trail race that crosses different environments - from rolling hills to mountains, as well as canyons and sheer cliffs overlooking the lake, breathtaking landscapes that draw competitors from all over Europe.

The stages are divided as follows:

The Bassa Via del Garda also crosses the territory of Tremosine sul Garda - the last stage, starting from Voltino, follows path 110 that leads, in about 45 minutes/1 hour of walking, to the summit of Mount Bestone. From there, you can admire a beautiful view of almost all of Lake Garda, but also on the entire route of the Bassa Via del Garda - the peak of Mount Bestone, at 917 meters above sea level, is one of the highest points of the whole path.

To reach Limone, you have to follow path 110 that to the town of Degà, at 904 meters of altitude, with an interesting botanical garden, and then continue to Dalco. The descent starts at the end of a vast grassy meadow, with various turns along path 102 towards the Singol valley. Then, you’ll be following path number 101 that reaches the first houses of the town of La Milanesa. At that stage, the hike has almost come to an end; the centre of Limone with its characteristic lanes and harbours is just at the end of the paved road. This marks the final point of the itinerary from Voltino (4 hours of walking), but also of the whole Bassa Via del Garda. 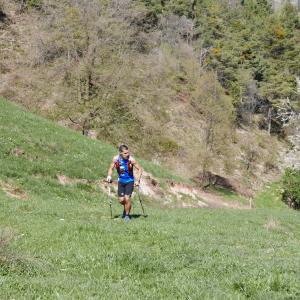 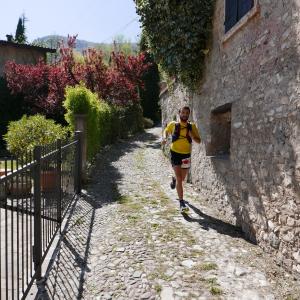 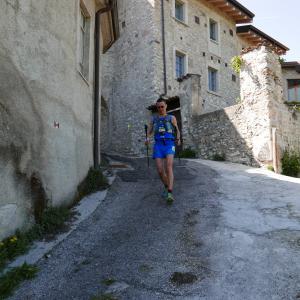