From the shores of the lake to the high mountain peaks, the Alto Garda Bresciano Park is home to hundreds of animal species, from freshwater fish to golden eagles.

Pike, trout and whitefish: the inhabitants of the Lake

Insects, shellfish and over 25 types of fish can be found in the lake, near the reeds. The fish population is divided into two large families - coastal and pelagic species. Among the first, we can mention the chub, carp, tench, eel, perch and pike. Instead, in the deep waters of the lake, we’ll find the whitefish, trout, agon and bleak.

If you are lucky you can meet (or taste) the carpione, a salmonid fish - Salmo Trutta Carpio - that lives only in Lake Garda. It is a protected endemic species, very valuable, which has now become part of the lake’s Slow Food Presidia.

In the skies above Tremosine sul Garda

From the shores of the lake, let’s climb up the hills, then higher up to get to know animals that live on land. Different types of invertebrates (insects, mollusks, spiders) inhabit both hilly and mountain areas, while amphibians and reptiles, lizards and salamanders can be found in the meadows and streams of the park.

Among birds, we can find seagulls, coots and mallards near the beaches, as well as thrushes, finches, blackbirds, robins, great tits and blackcaps. The woods are home to cuckoos, kites, buzzards, black grouse and capercaillies. Even the magnificent golden eagle has been seen from time to time, soaring over the peaks of Mount Tombea.

Among the rocks of the southern slope of the mountain, it’s possible to see mountain goats and chamois hopping around. The roe deer is often seen in the forests of the Park. Make sure to pack your binoculars to spot hares, squirrels, weasels, foxes and marmots, common in this area.

Thanks to repopulation programs, a dozen deer were introduced from the Stelvio National Park. In recent years, the European brown bear and lynx have also returned to the inner valleys of the Alto Garda Park. 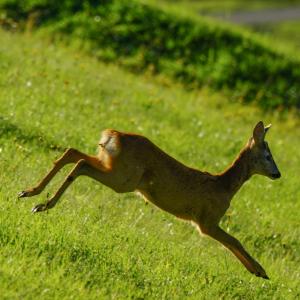